Umbel is a platform created to help marketers in the sports, media, and entertainment industries grow their fanbase, target their fans, provide them with better in-venue experiences, and sell more tickets. Umbel achieved this by allowing marketers to import all of their fan data from disparate systems and consolidate that data down to the single fan level providing a rich profile about each fan.

In the product, marketers could view how segments differed or compared to their audience as a whole to find cohorts of people to market to on Facebook, email or other social networks and then view any Facebook campaign results in the app. Umbel also helped marketers acquire new fan data via our hosted “Activations” we called Activators (later referred to as “Engagements”). These were micro-sites we hosted for our clients usually consisting of enter-to-win contests or giveaways our users could launch in just a few minutes with a goal of collecting a users information for the chance to win or receive a prize.

I was brought on to help provide UX guidance to the team/company as a whole and to kick-start user research at Umbel. I came to Umbel during a time when the app was going through a full blown overhaul. The revamp began a few months before I arrived at Umbel. They had been leaning internally on the Client Service Team and Sales Team for feedback since they had quite a bit of experience using the product in it’s previous state, but they were itching to get some client feedback.

My first task was to review the app for any potential UX pitfalls and conduct any user testing I deemed necessary. In addition, I was asked to work out any remaining features of the app that were planned to be part of the new overhaul, but hadn’t yet been worked on.

I decided to start with some internal usability testing of the new version of the app that was still in development with a wide variety of internal staff. I recruited key stake holders that used the app for clients frequently from Sales and Client Services to participate as well as some folks in marketing that had less experience with the app to get fresh eyes on it. I wanted to do these tests before any user testing since I was told our client services team actually used the app more than our users at that time (which the data in Google Analytics supported). My hope was to see if we could identify any glaring usability issues that might trip up any user, so the user sessions following this round internal testing didn’t focus too much on those issues and instead we could see if there were pain points we weren’t addressing.

After making small changes that could be done within a day or two by a front end developer on a staging environment, the plan was to conduct a round of testing with our clients with a basic goal of seeing if they understood what Umbel could do for them and their business. Once that was conducted, I would synthesize and present my findings and what changes I thought needed to be made and then tested again with another round of client feedback sessions.

The biggest change that helped both staff and clients understand how to use the product the most was as simple as swapping the main body area and the segment list. Arranging the segment list on the left put the components that effected what was seen in the larger body area of the segmenting page first aiding the interaction relationship that clicking a segment shows how that segment is compared to the audience as a whole.

A simplified filter structure also helped with understanding what data the client had imported into Umbel and the categories they could filter the segments by.

With the number of Visitors staying about the same we saw: 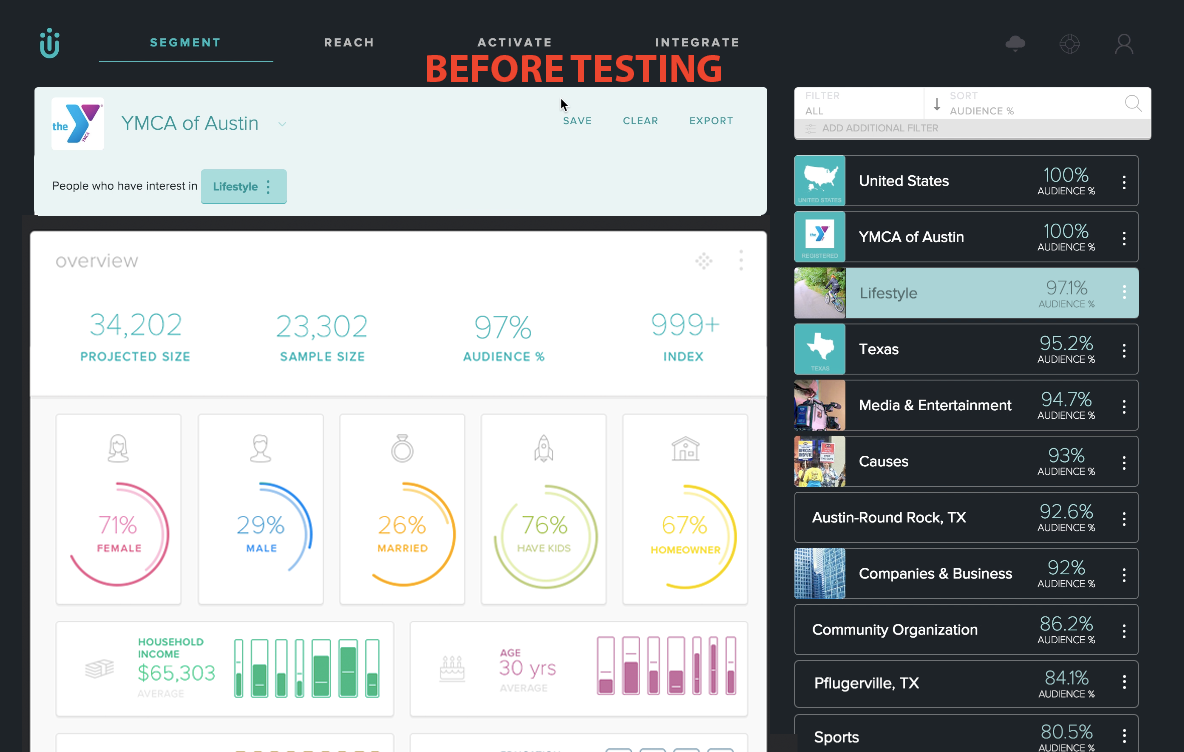 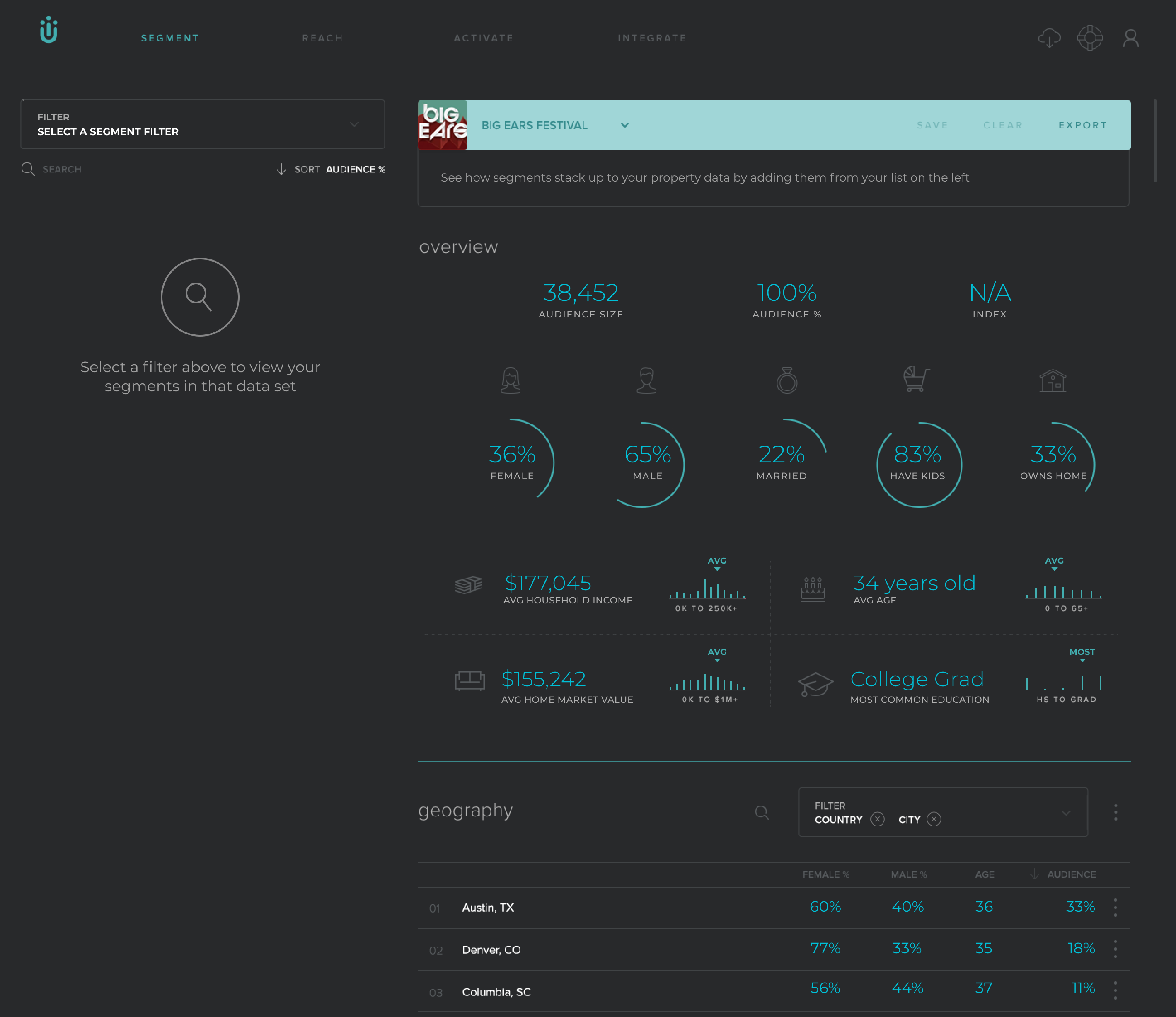