The device view for the Spiceworks Inventory App has not been touched since our new toolkit was introduced a few years back. It had become confusing, disorganized, and a bit dated in terms of UI. I was asked to take a stab at figuring out how how to make this view more intriguing and useful for the IT Pro. I was also tasked with adding a section for device peripherals based on previous user requests.

After discussions with our IT guys as well as a few out in the field, it was determined that there are things they care about viewing each time they view a device and there are others that they liked to know, but don’t need to be front and center.  That led to a view that surfaced key device details and actions (similar to the Help Desk that had already been implemented) with the additional details moved into an expandable “more” tab under that area. This also allowed us to whittle the number of tabs under the main device area down to 3 – 4 based on the type of device. Allocation metrics were surfaced in a more prominent way to give the user a better “device at a glance” view. 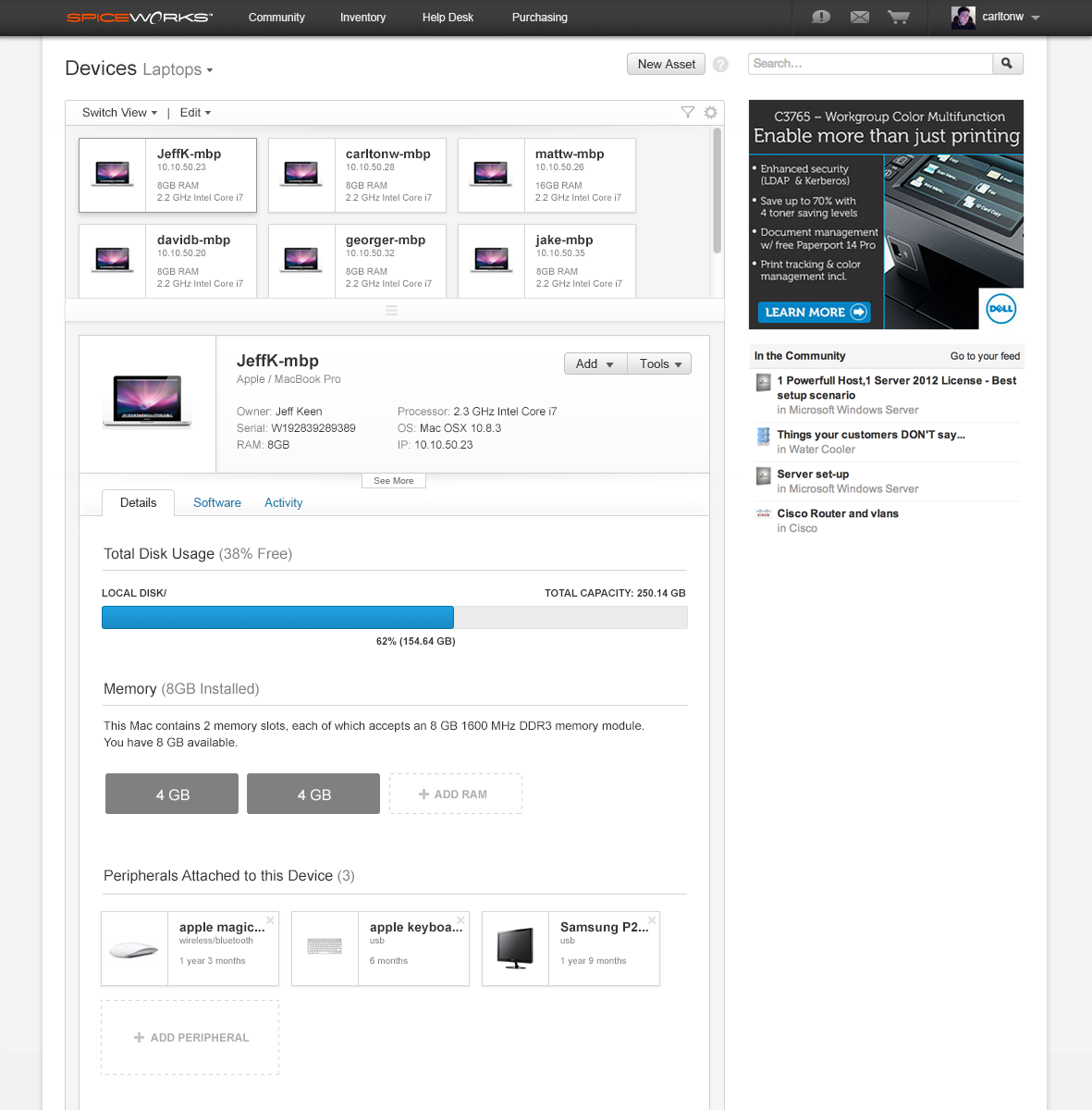 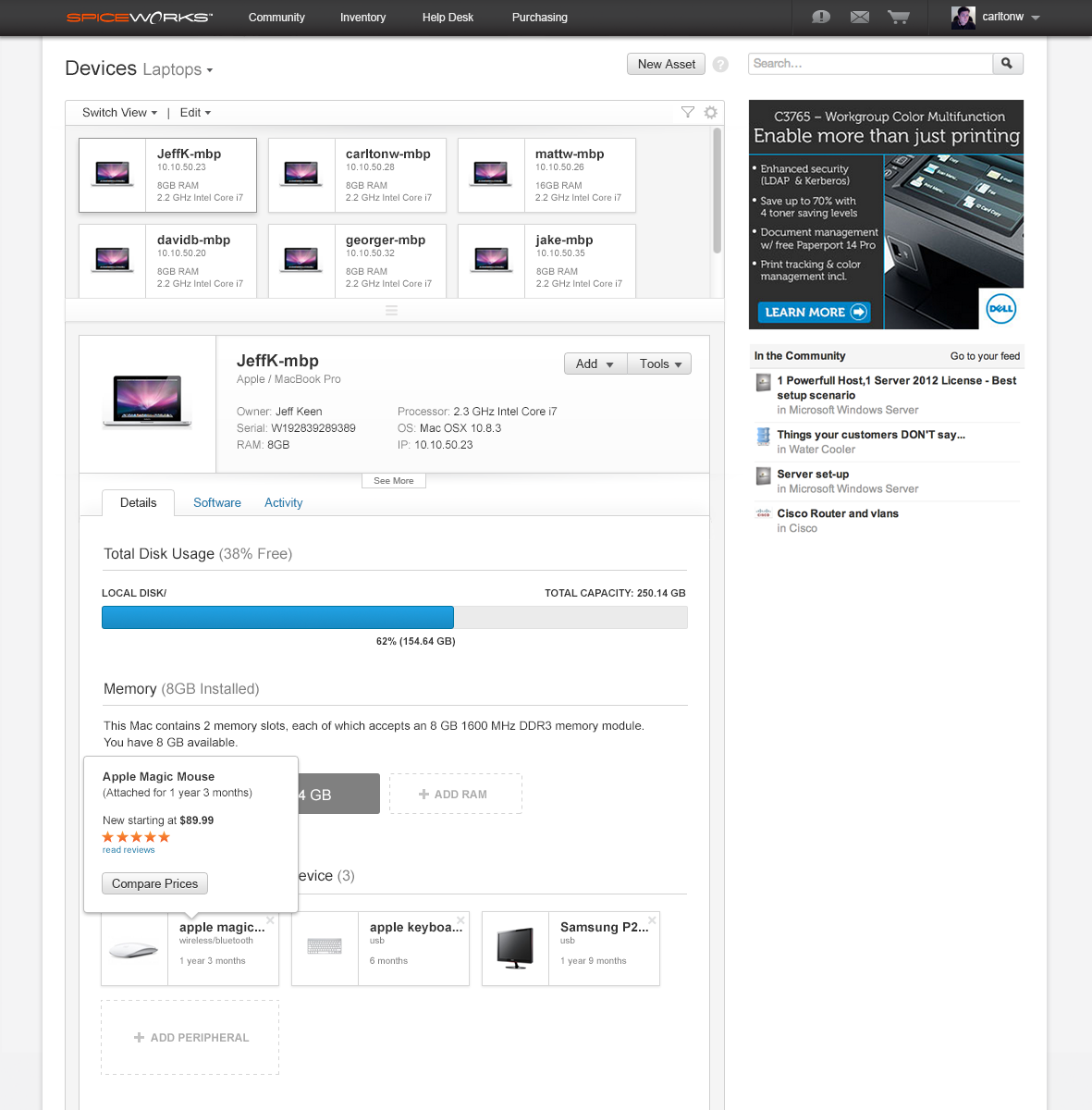 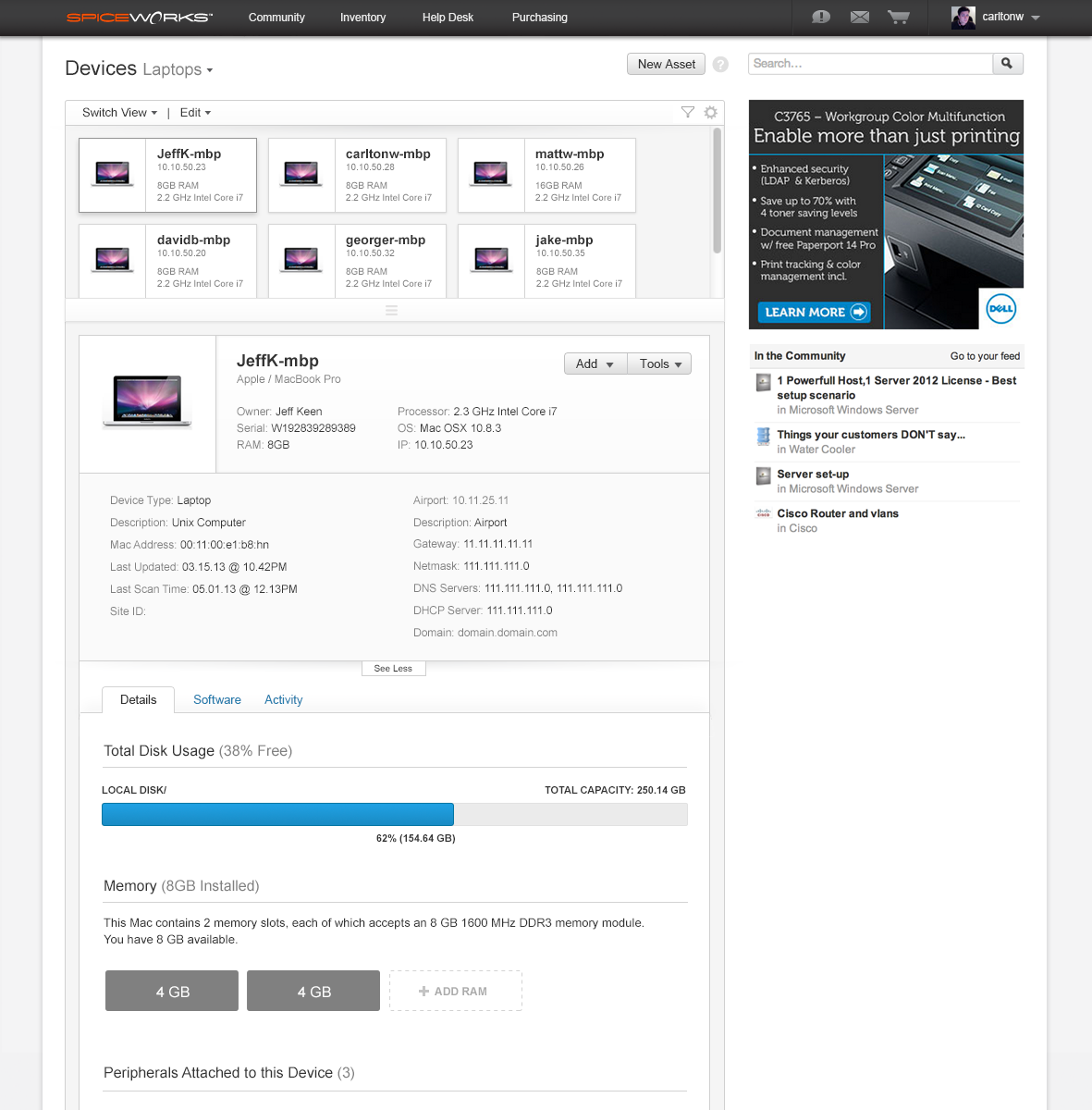 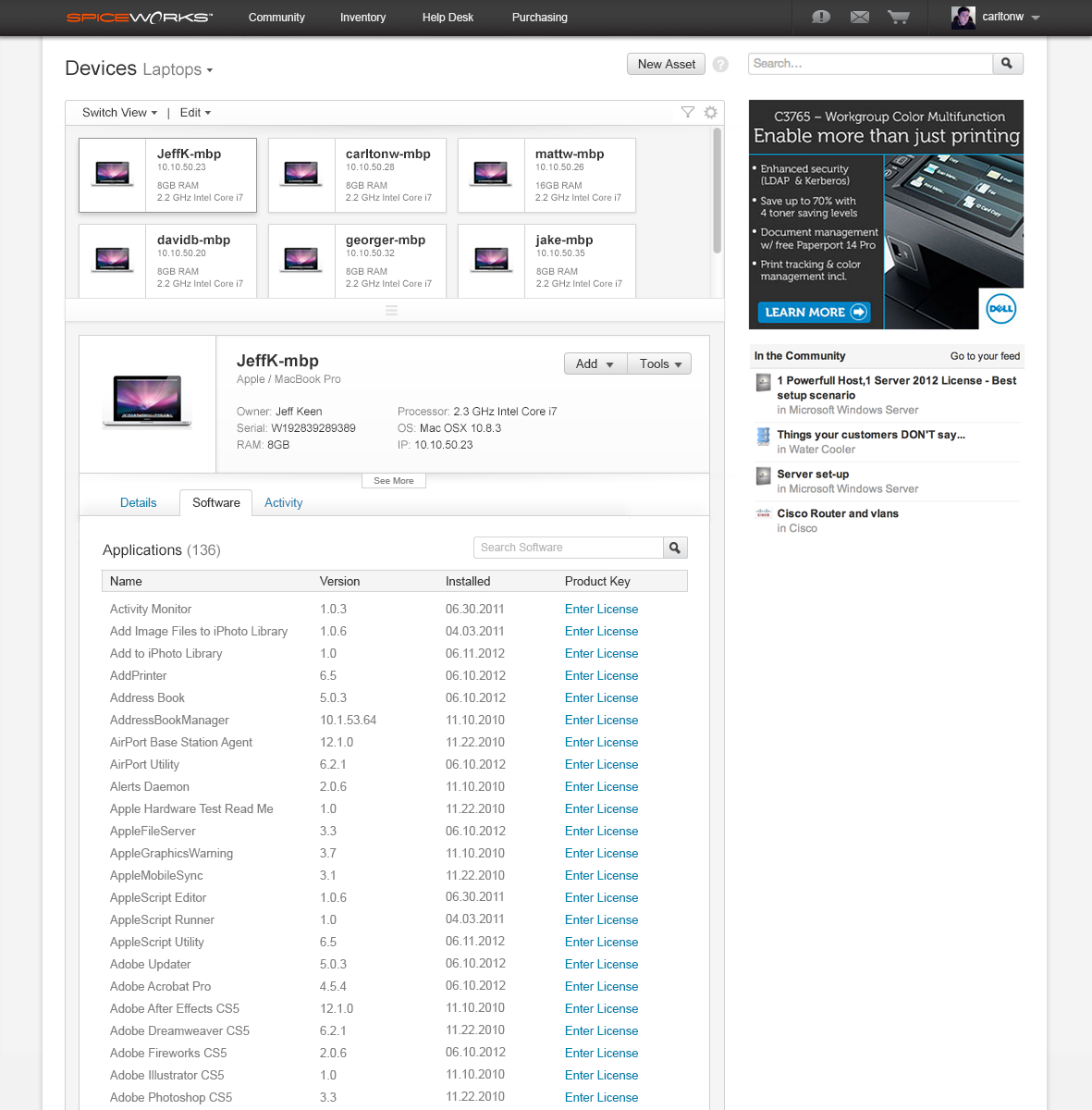