Umbel “Activators” are Umbel hosted contests, giveaways, and other promotions created by our clients to engage with their fans as well as collect data from those fans to better understand who they are demographically, geographically, and socially. The previous version of how you create an Umbel Fan Engagement involved a lot of steps. This often made it a bit confusing for our users as to exactly what was being created. Most importantly however, we needed to rebuild them to make them more stable, scalable, as well as provide a way to create our Premium Engagements through Umbel since they were currently custom designed/developed in house. Not to mention we wanted to improve what all these engagements looked like once they were live.

This one took a great deal of organization, iteration, and flat out stamina to come up with a system that worked with all of the above criteria. I spent a great deal of time talking with stake holders, organizing and going over notes I had around Engagement Campaign issues that came up over the past year and a half, both from users and our client service team members who helped some of our clients create these campaigns. I watched users create Activators and I made new notes based on common issues I had noticed from all of this. This was all before I even began thinking about what we could build. After the initial gathering of requirements and information, I dove into the concept phase, first on paper then on to rough wireframes to flush out some of these ideas quickly. As usual, I got these wires in front of a handful of stake holders for some quick review. One idea easily stood out that seemed like it would accommodate all the requirements, be scalable, and not to mention would be flat out cool. Once I designed a basic wireframed version of this new creation process, I conducted a round of tests with users to watch them use a prototype and see what they thought about the idea. They seemed to love it so we knew we had an idea they that was hitting the mark. The development team was able to begin the process of building this new system at this point while I designed the UI and did more testing.

I came up with the idea for a “page builder” editor so the user could see what they were building in almost a “live view”. This new editor would provide users with more control over various things like text area editing and branding colors/fonts. This view also allowed me to surface settings and other pertinent options in a single frame instead of in multiple steps, as well as add some of the configurations that would appear in-page to be edited where they would actually appear once it was live. 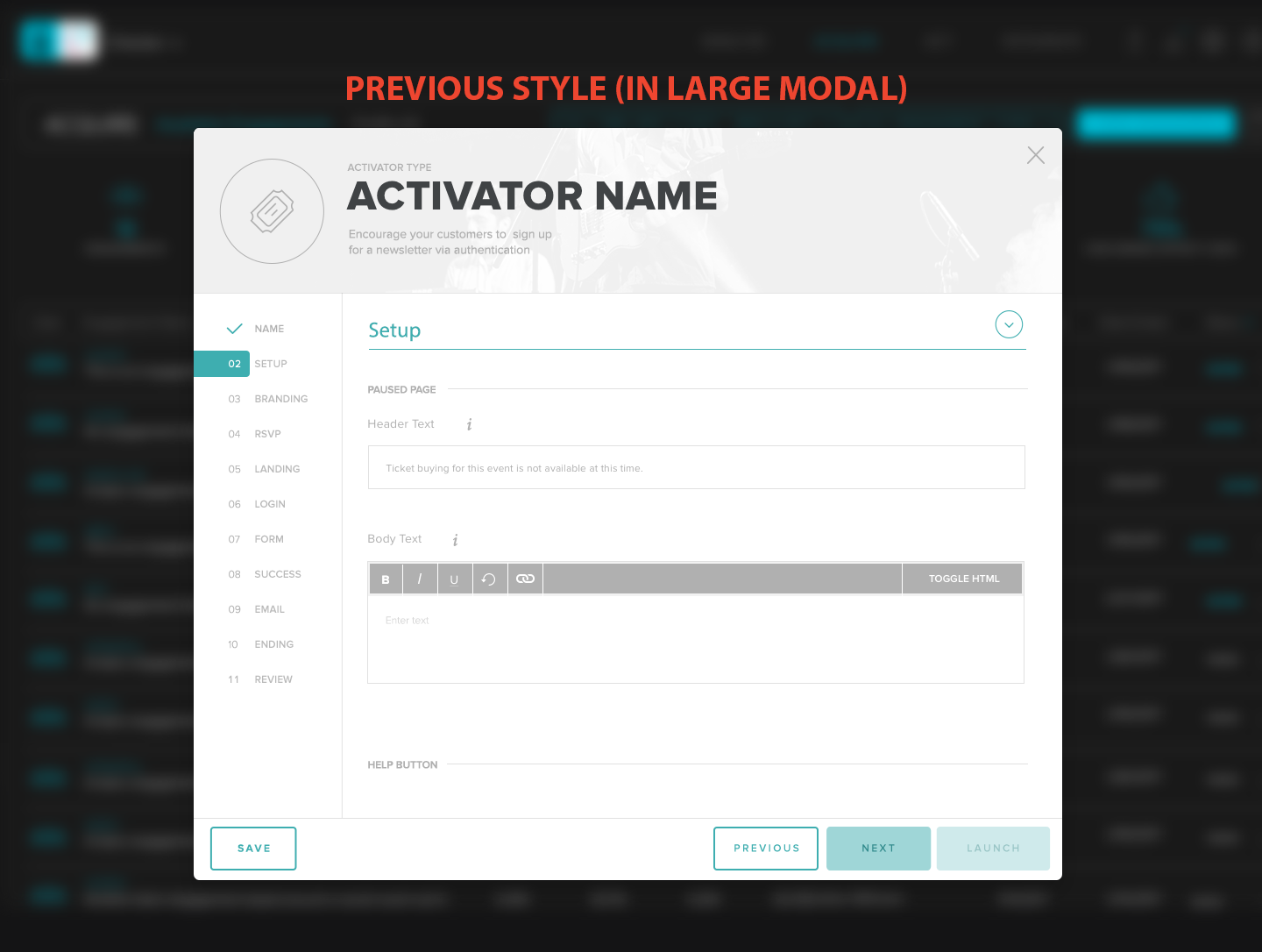 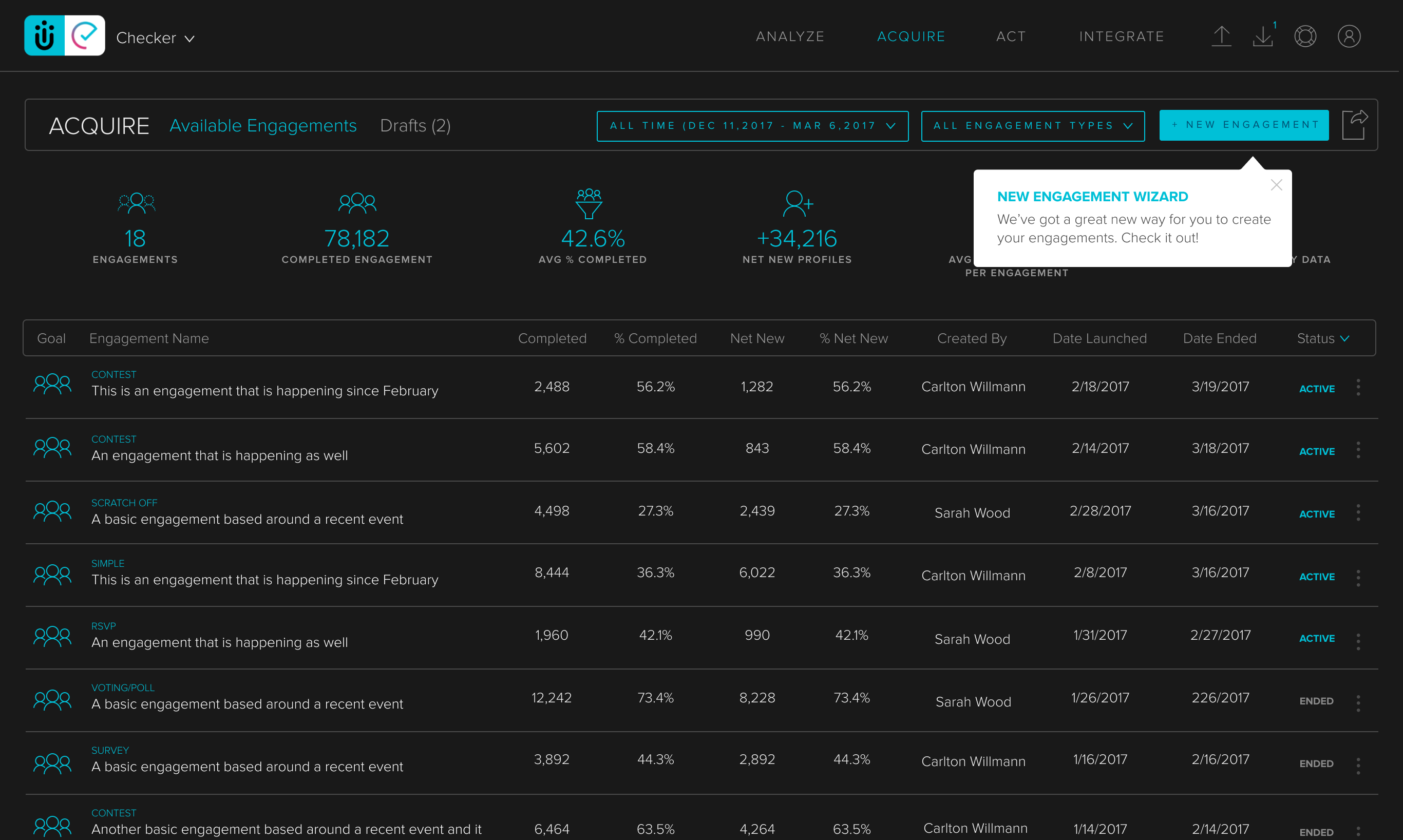 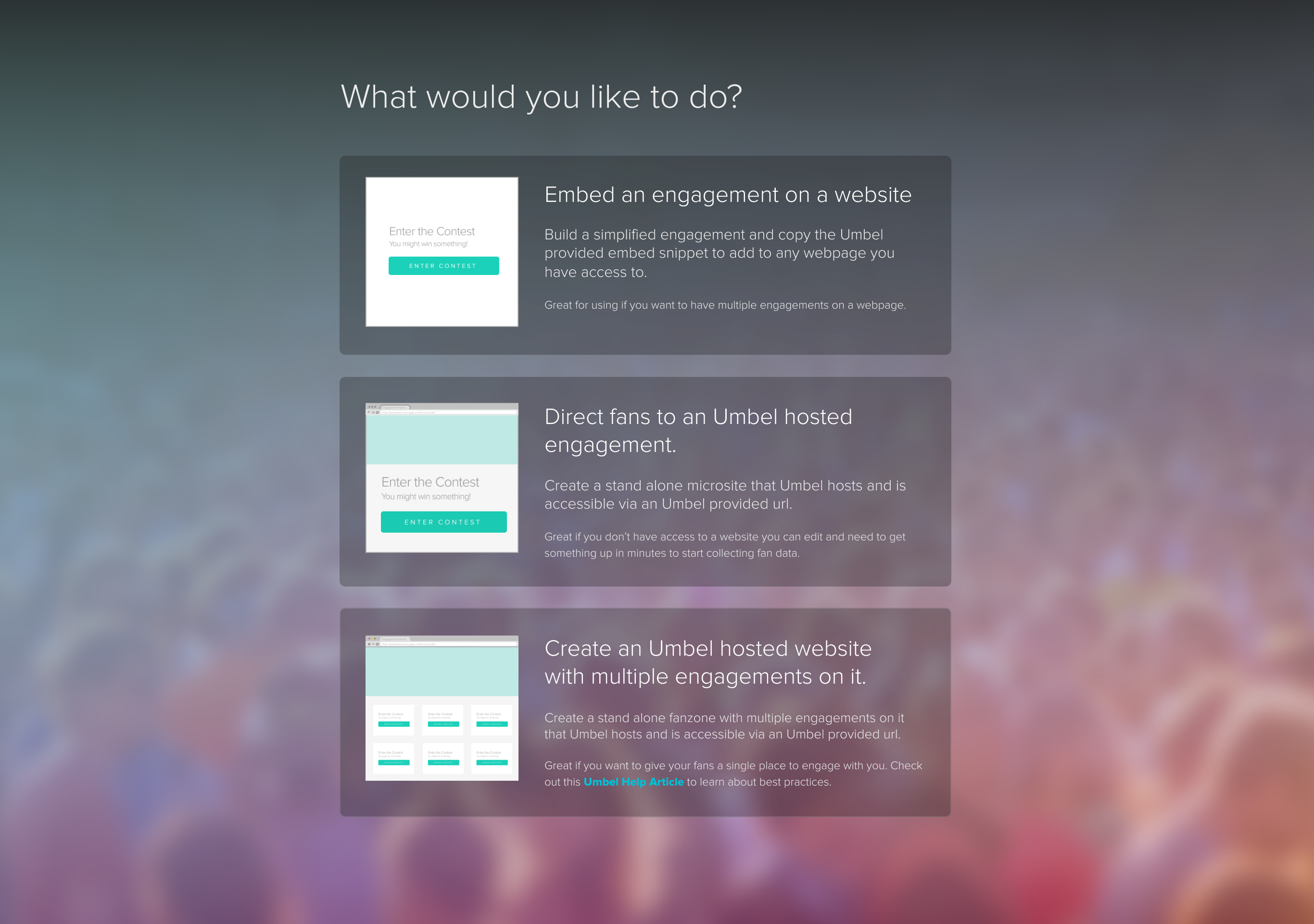 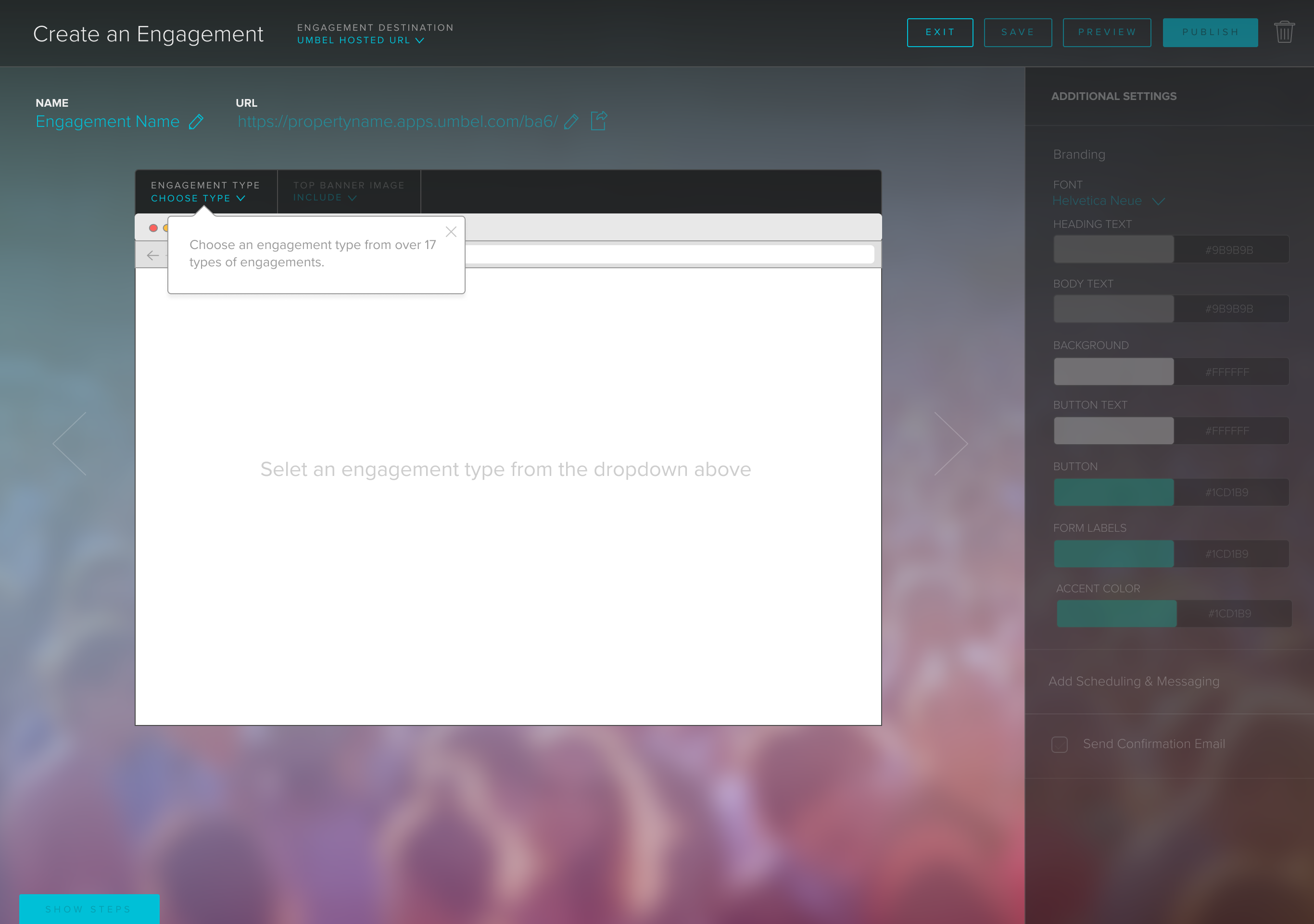 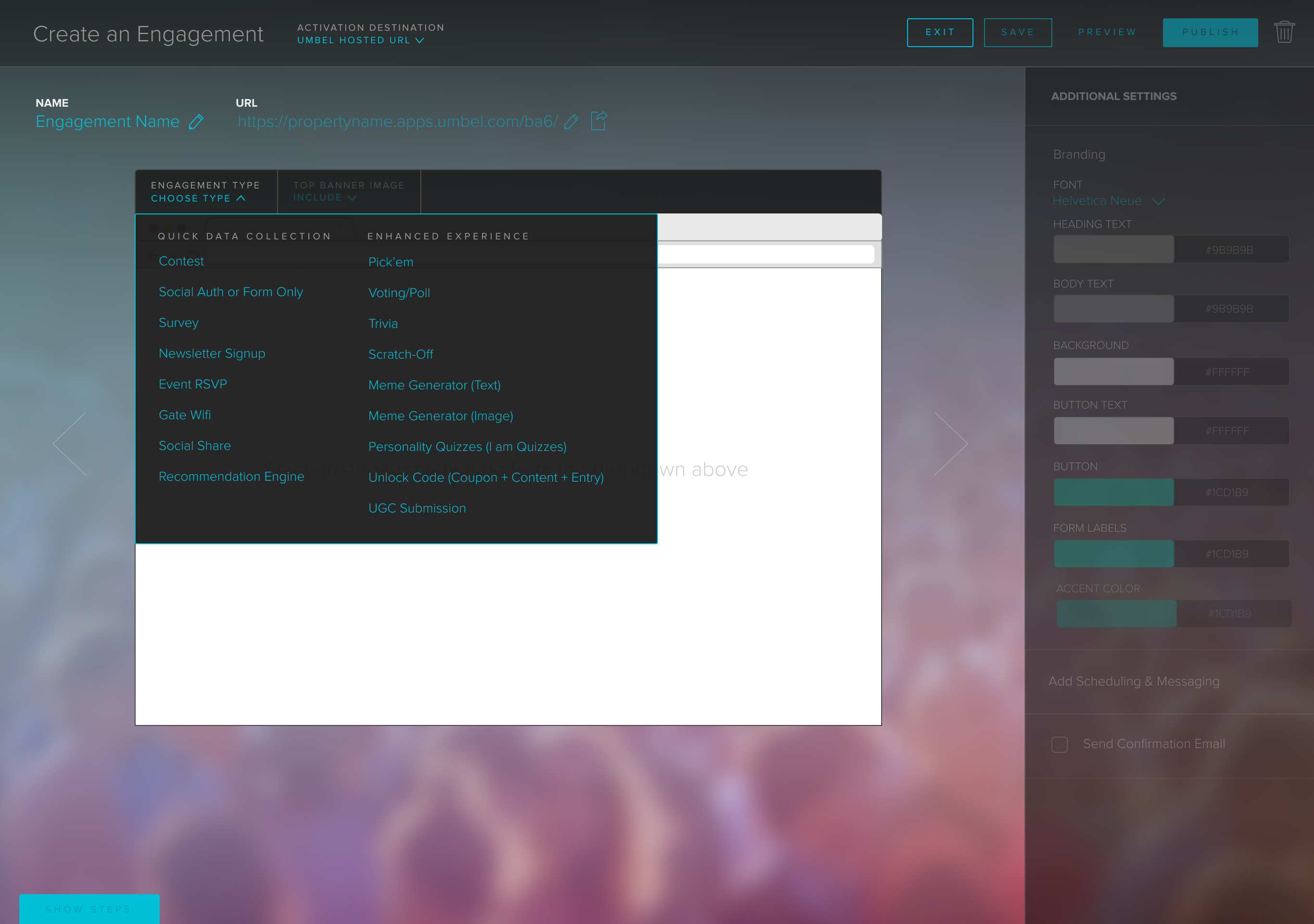 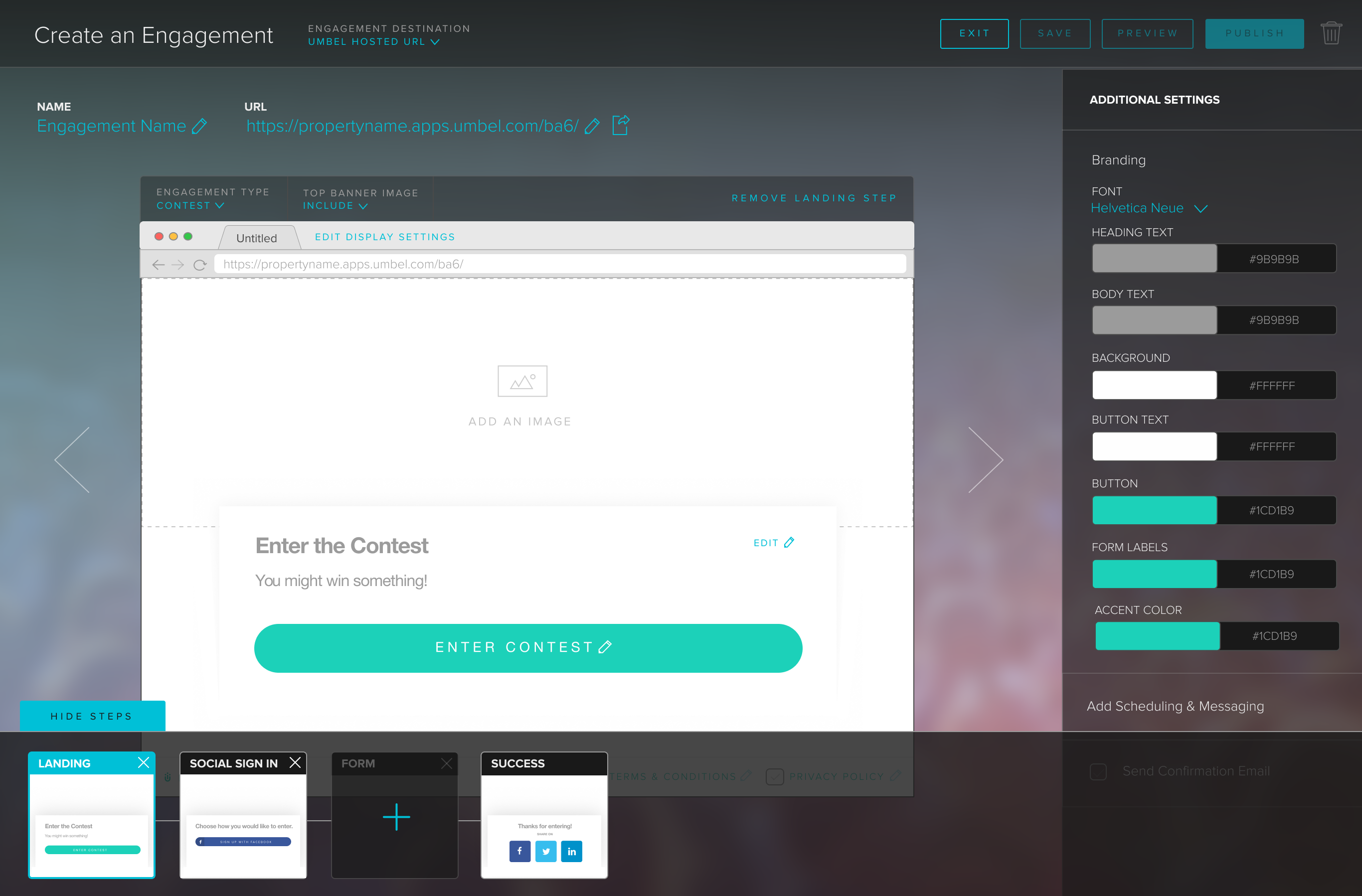 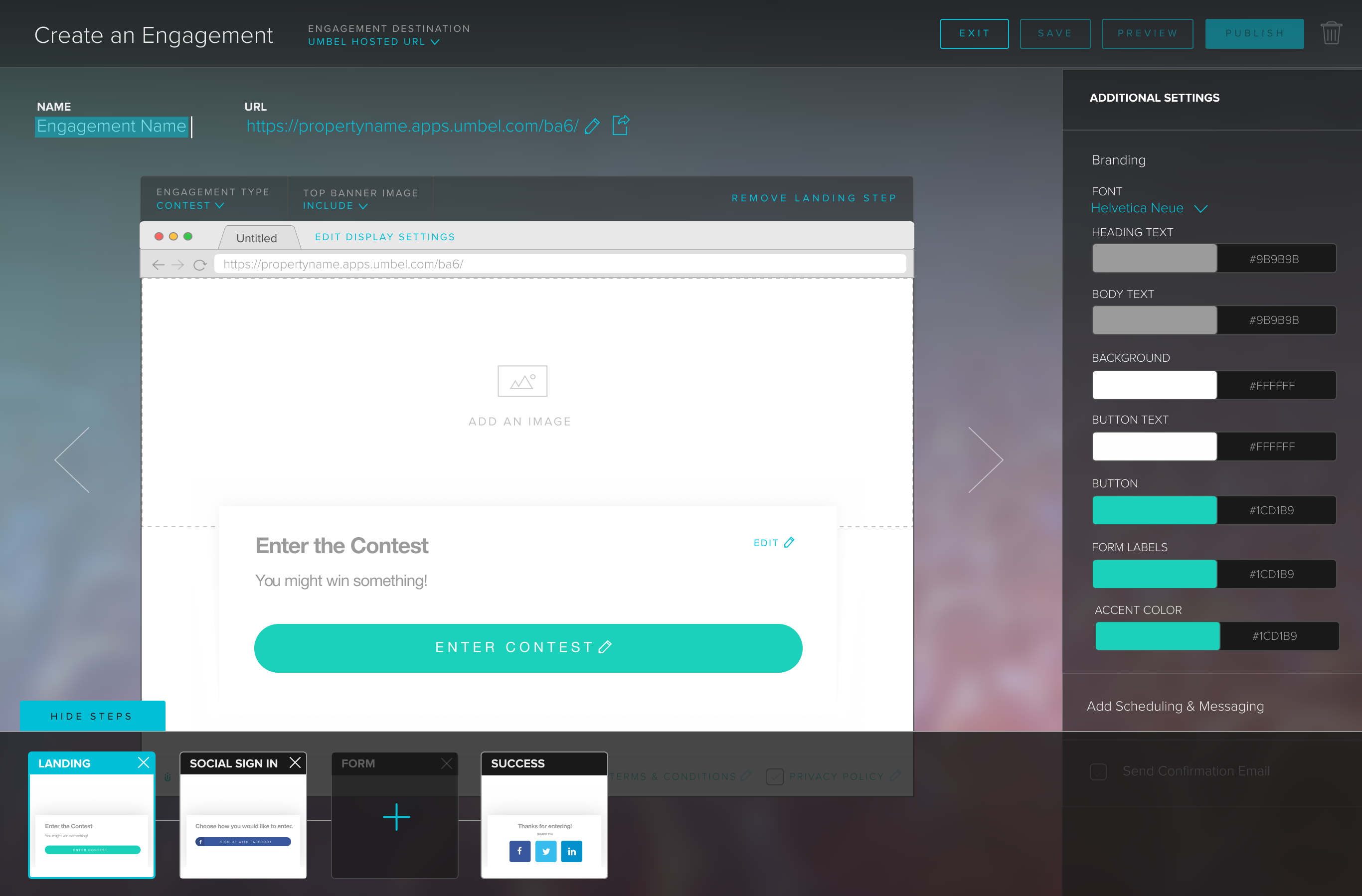 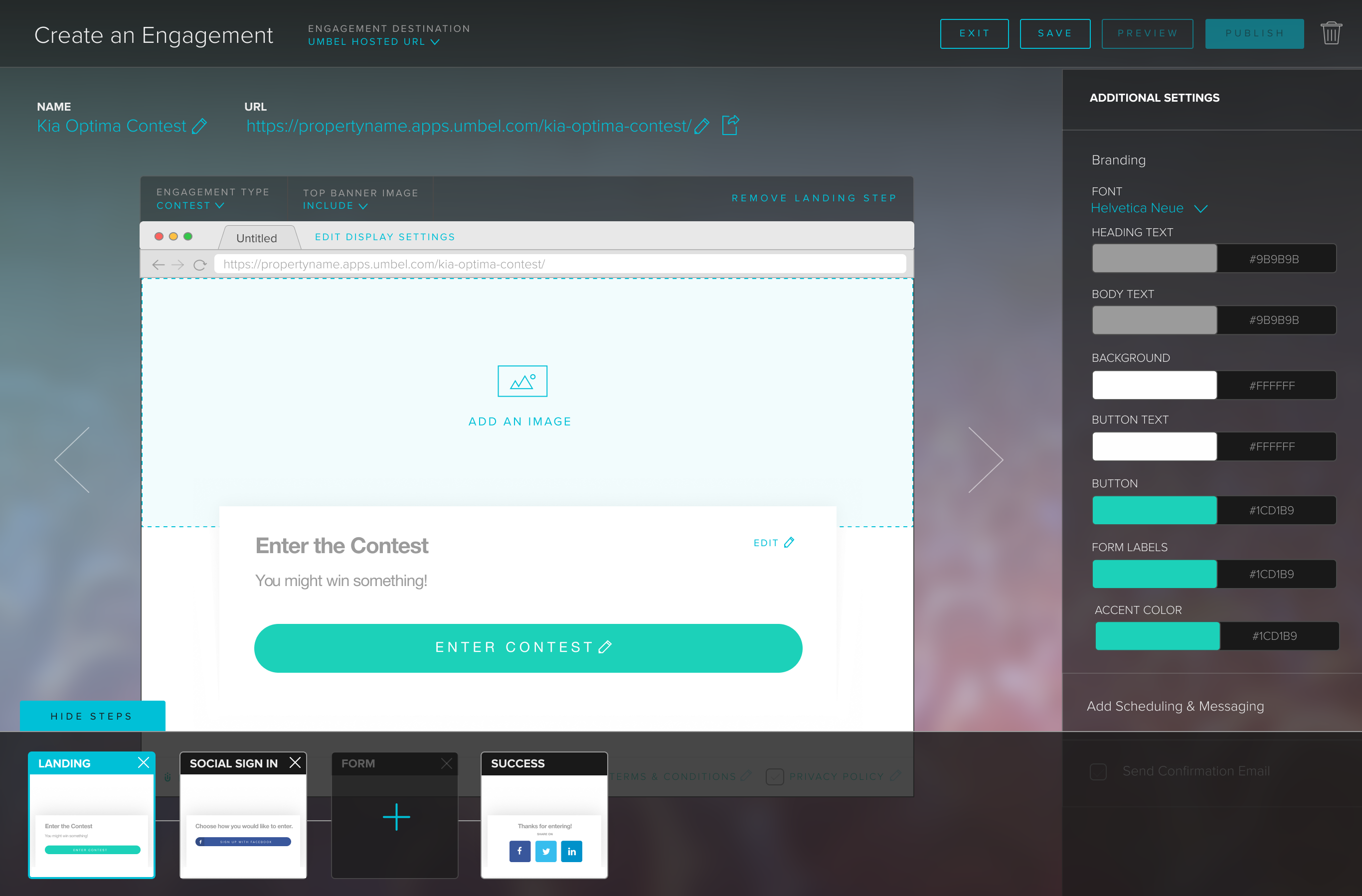 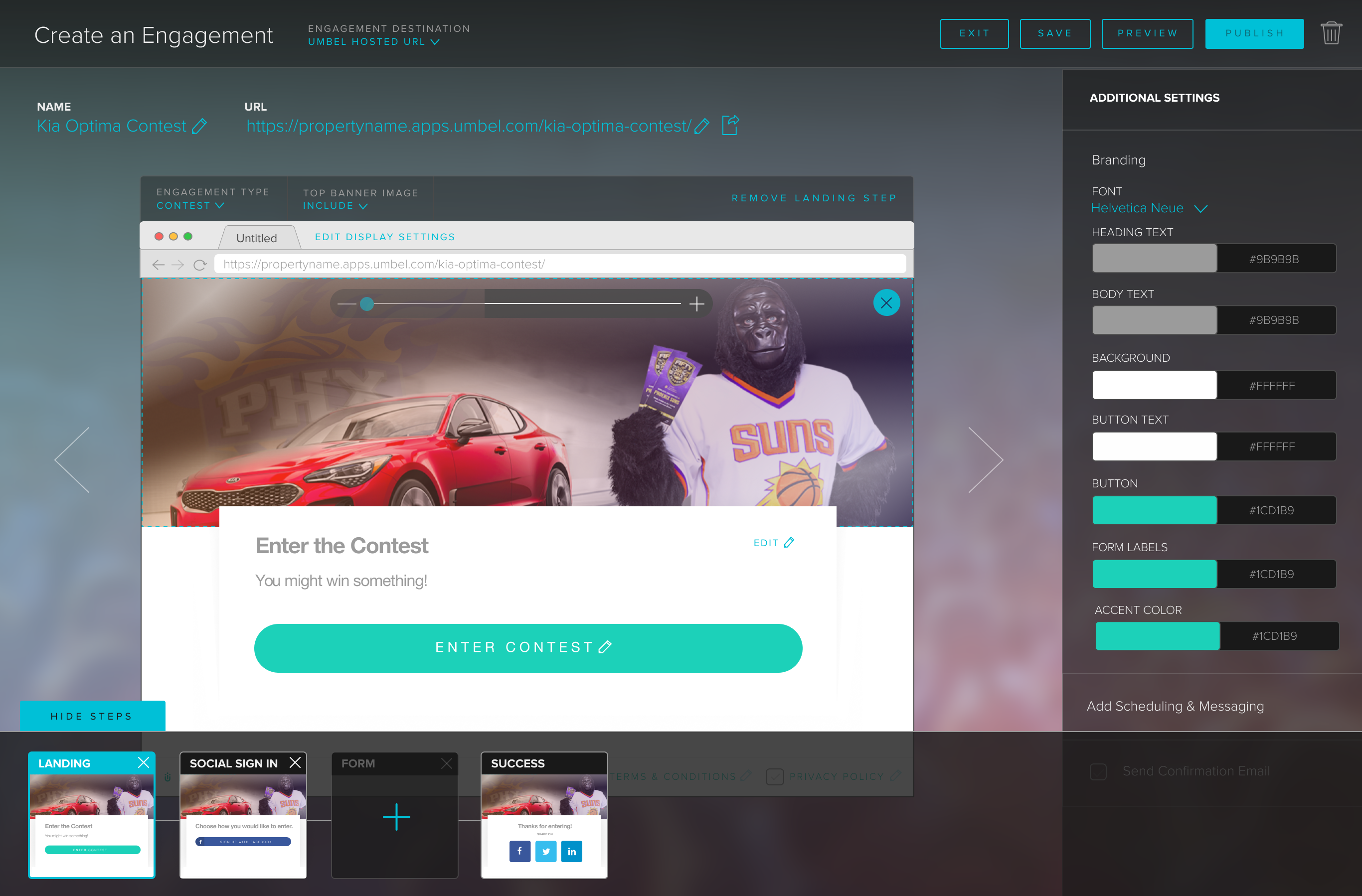 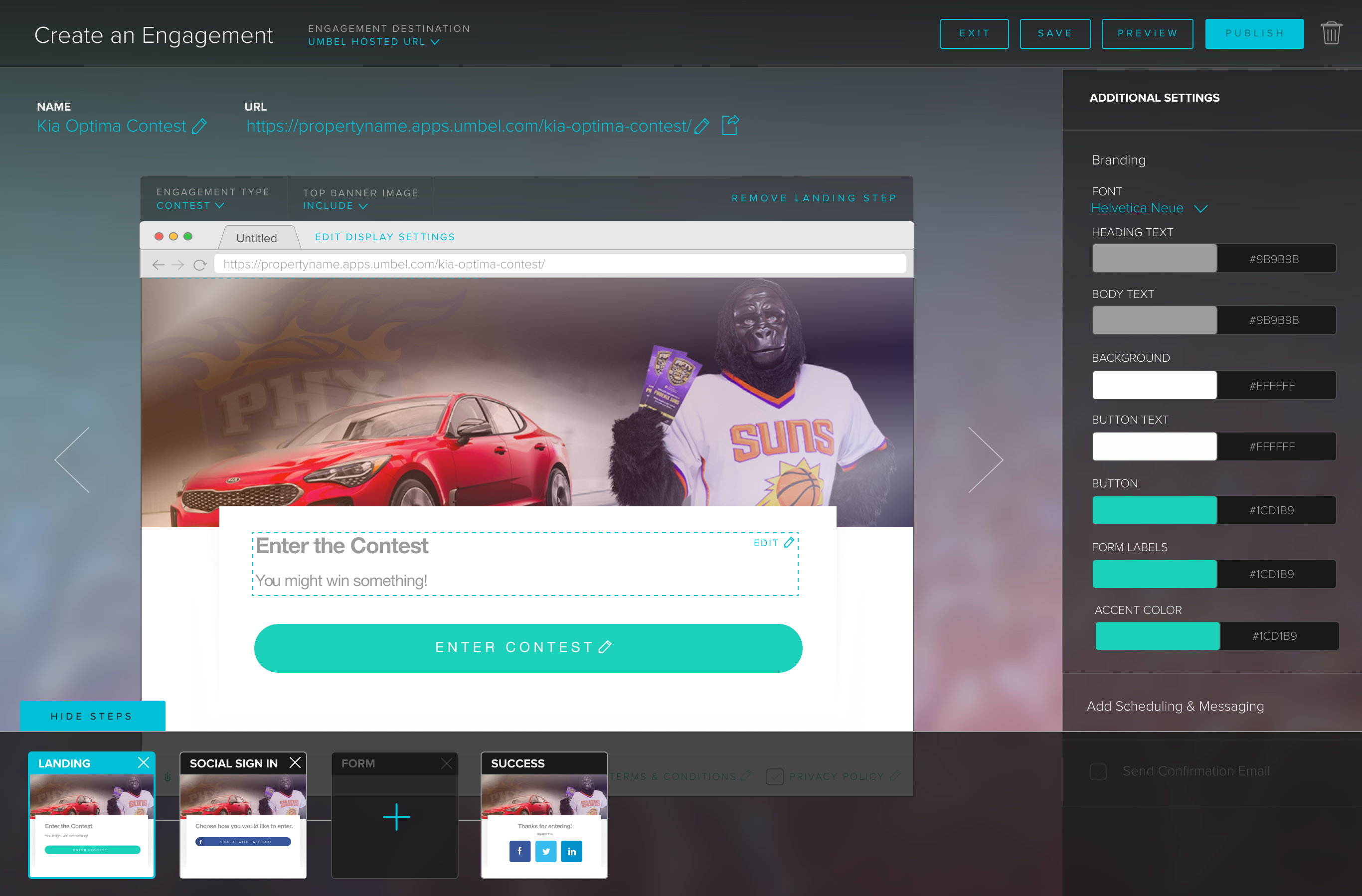 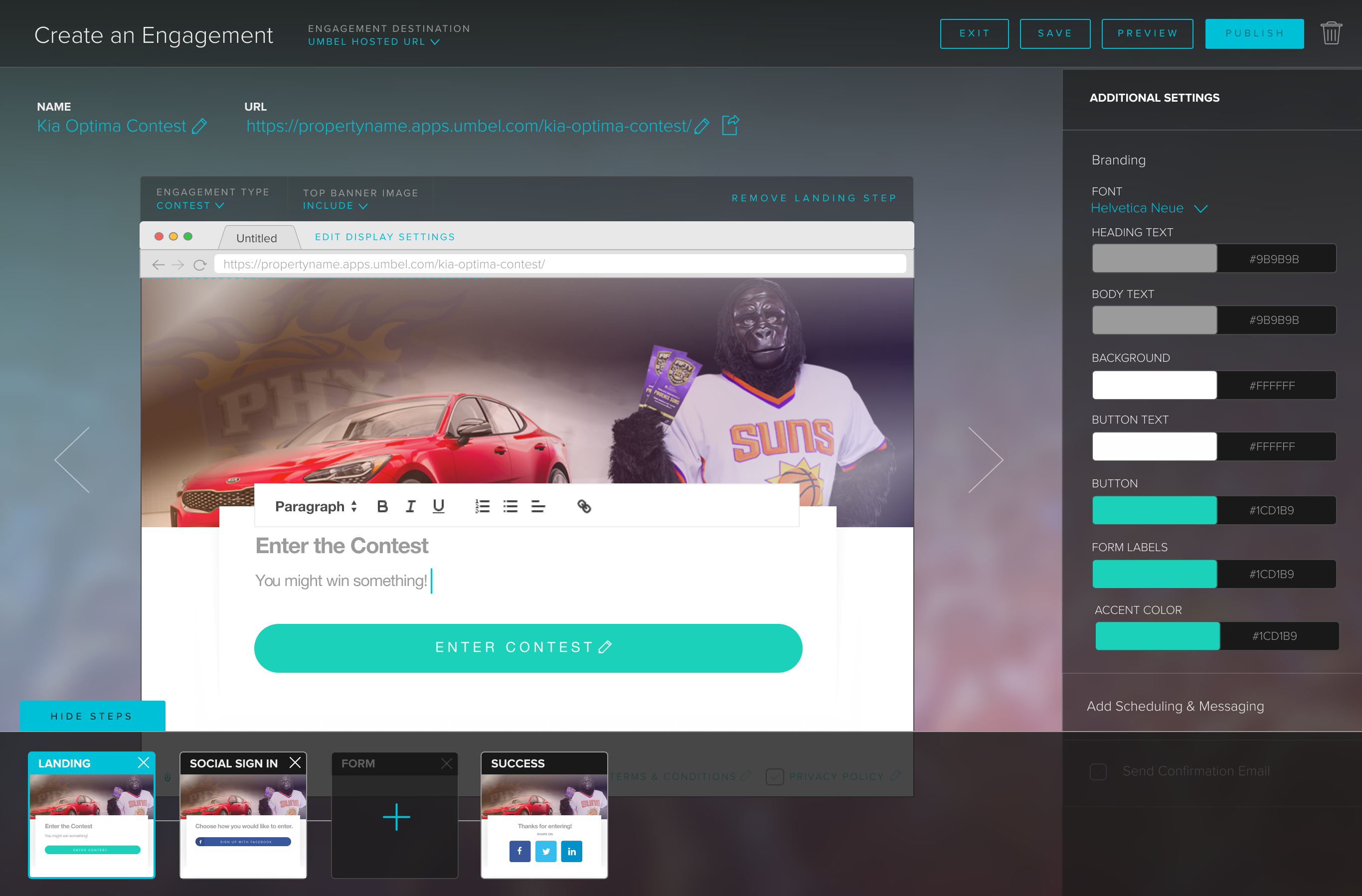 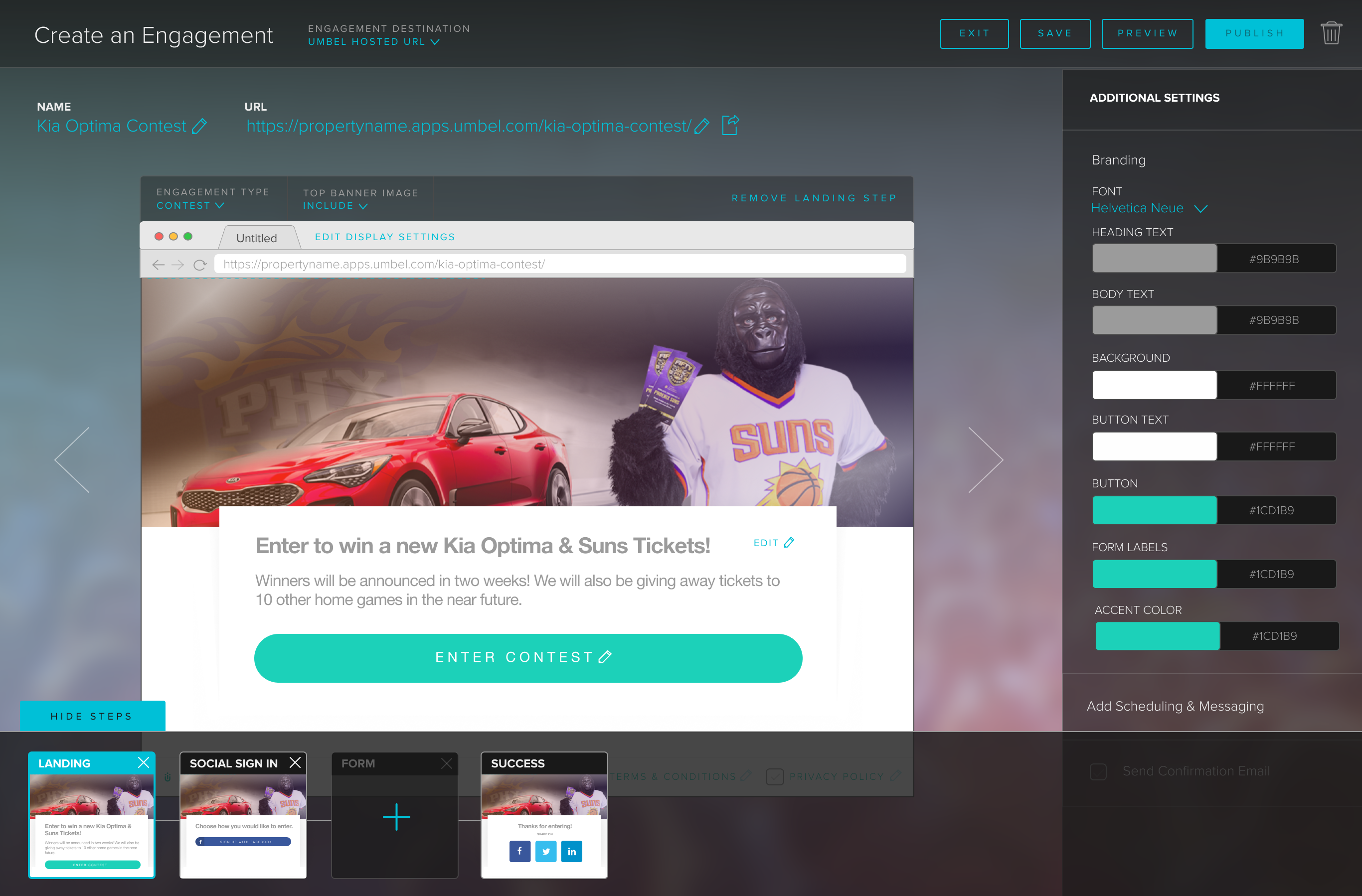 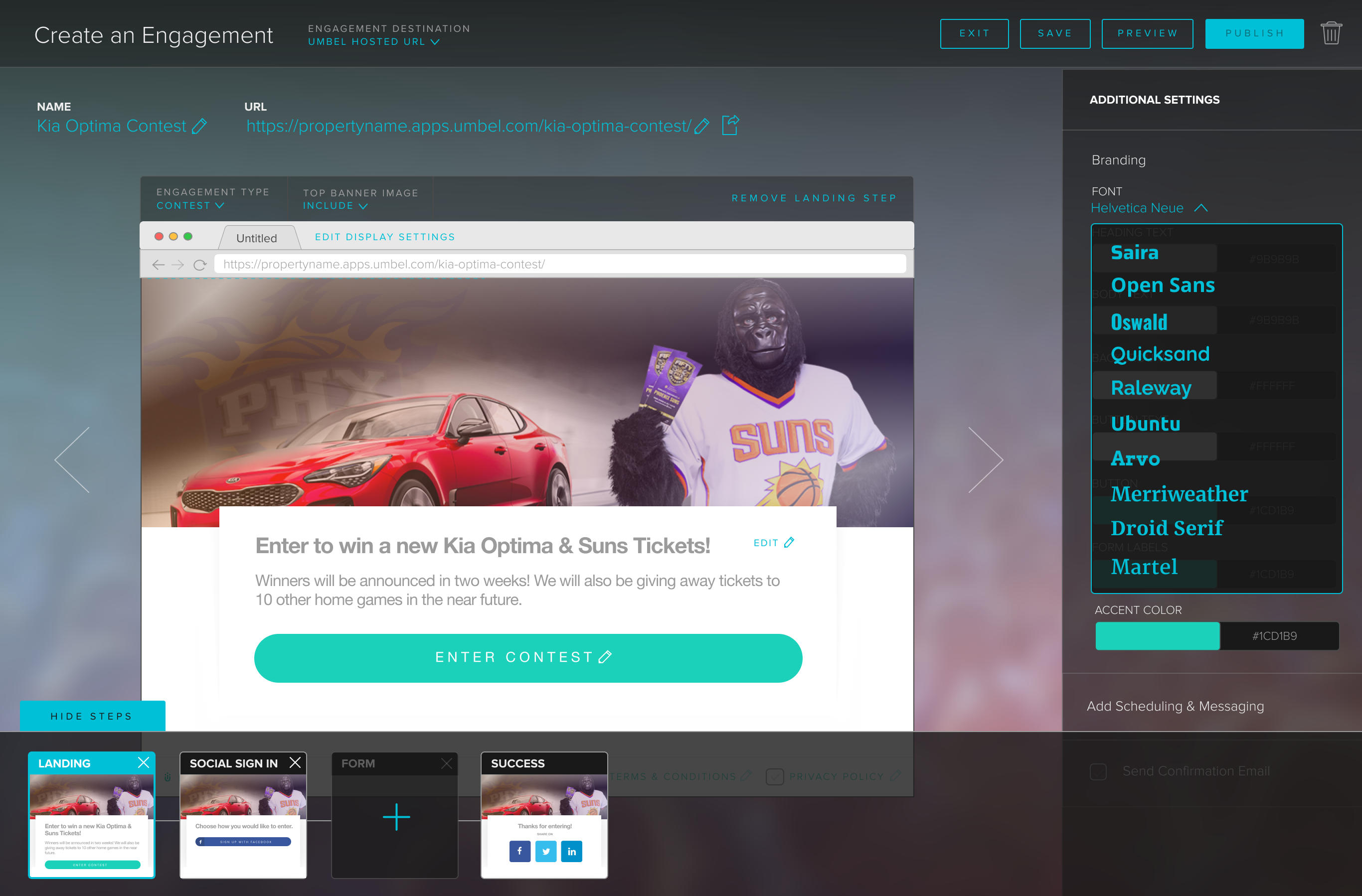 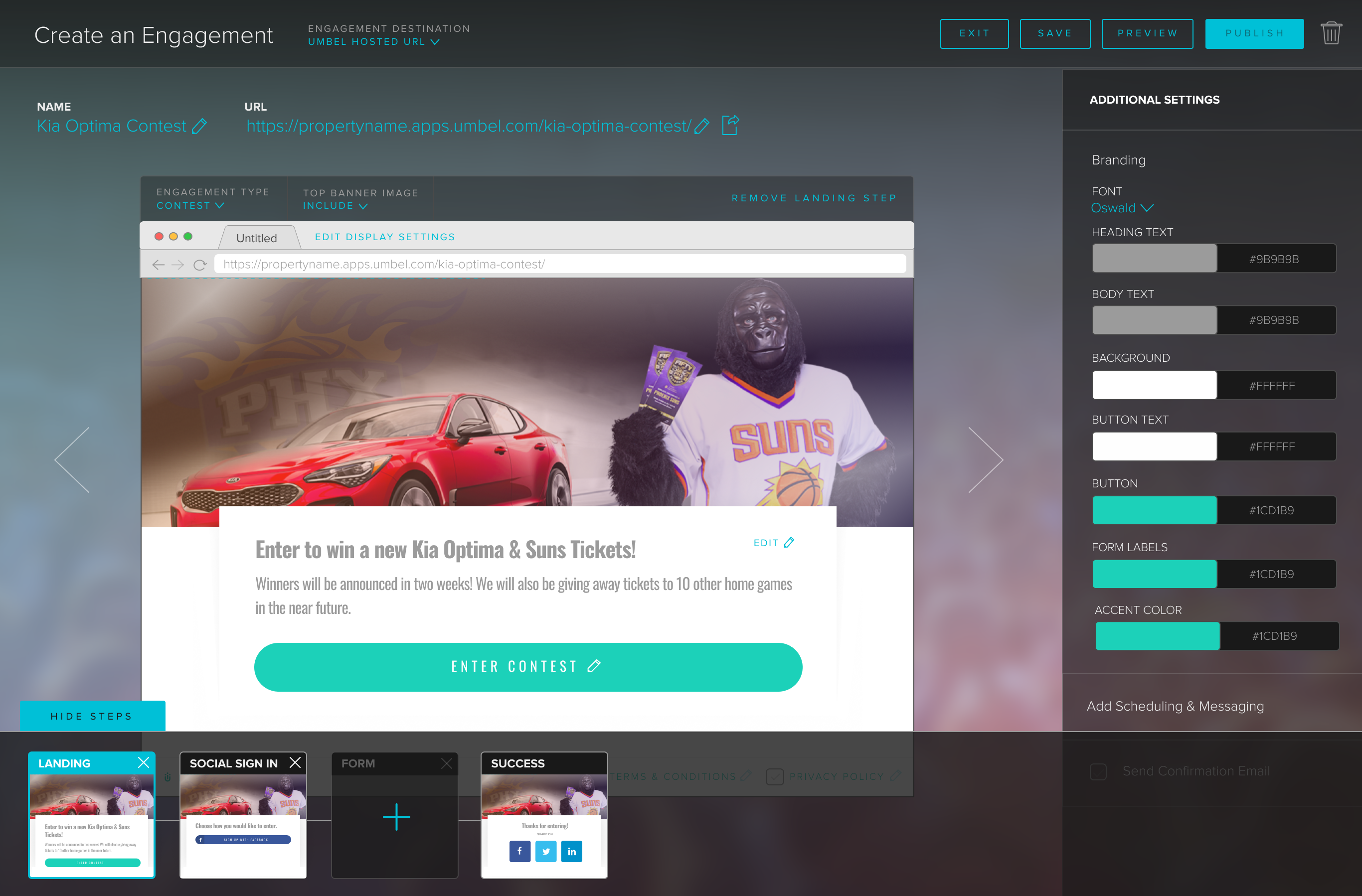 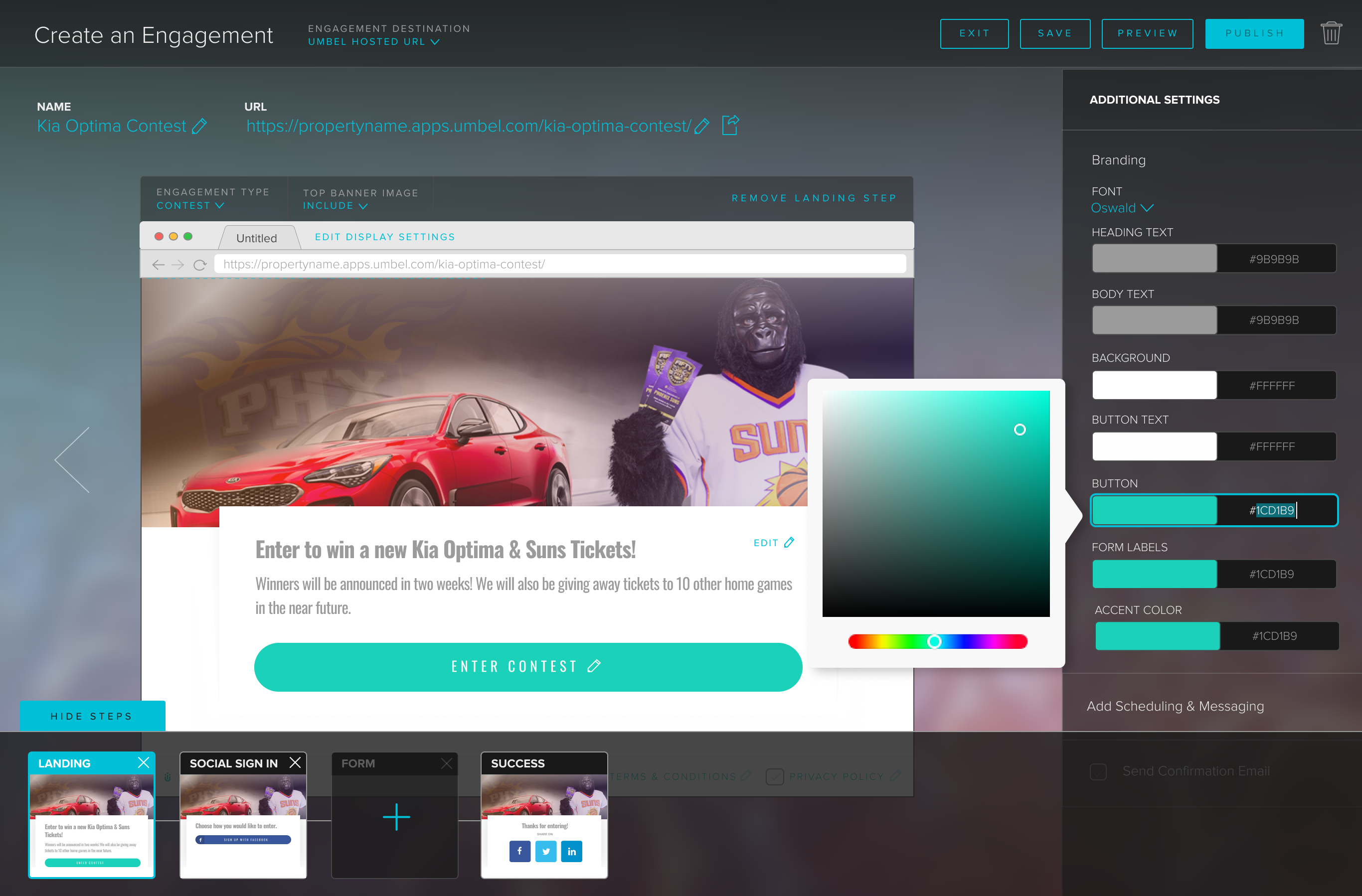 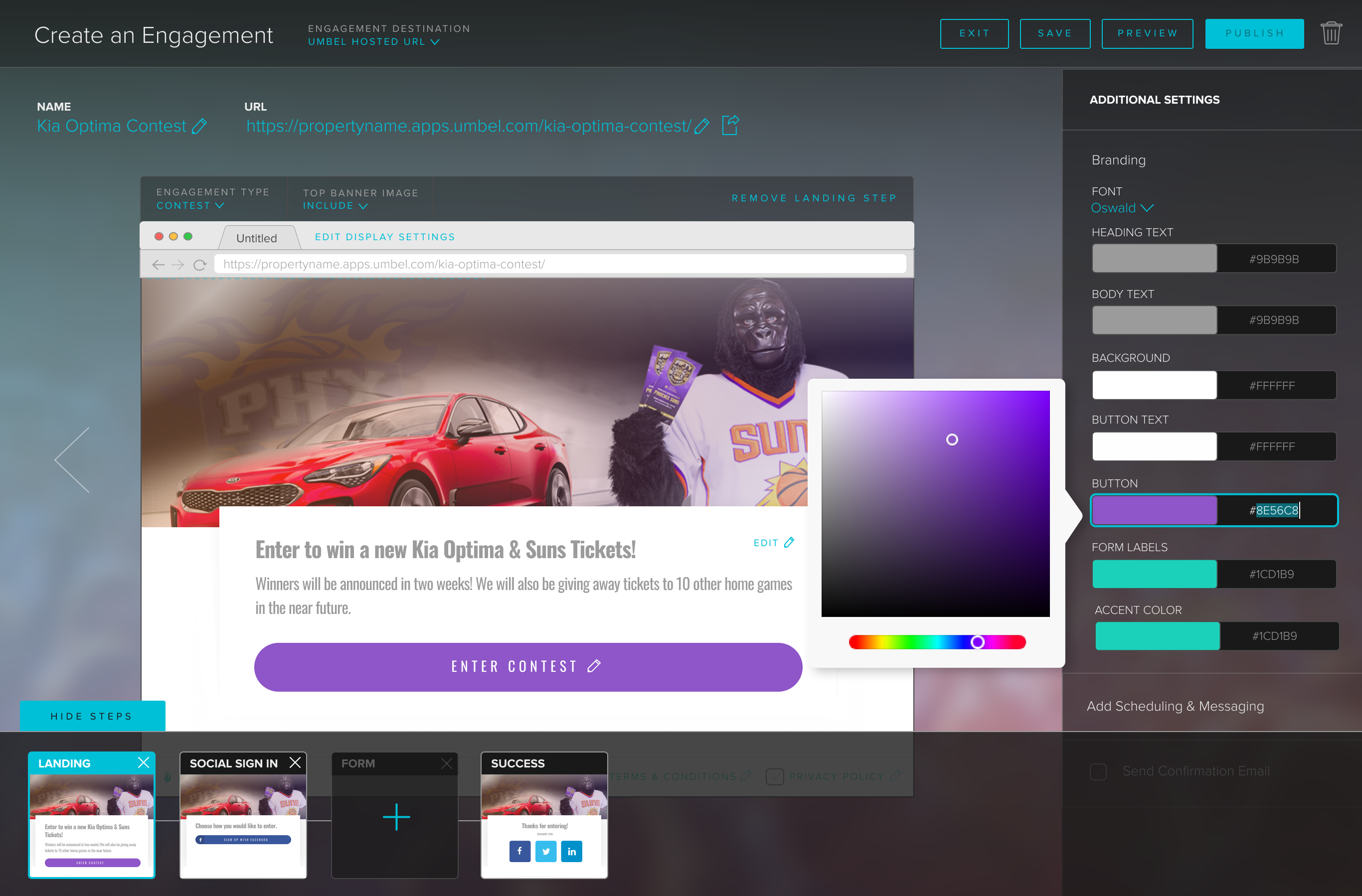 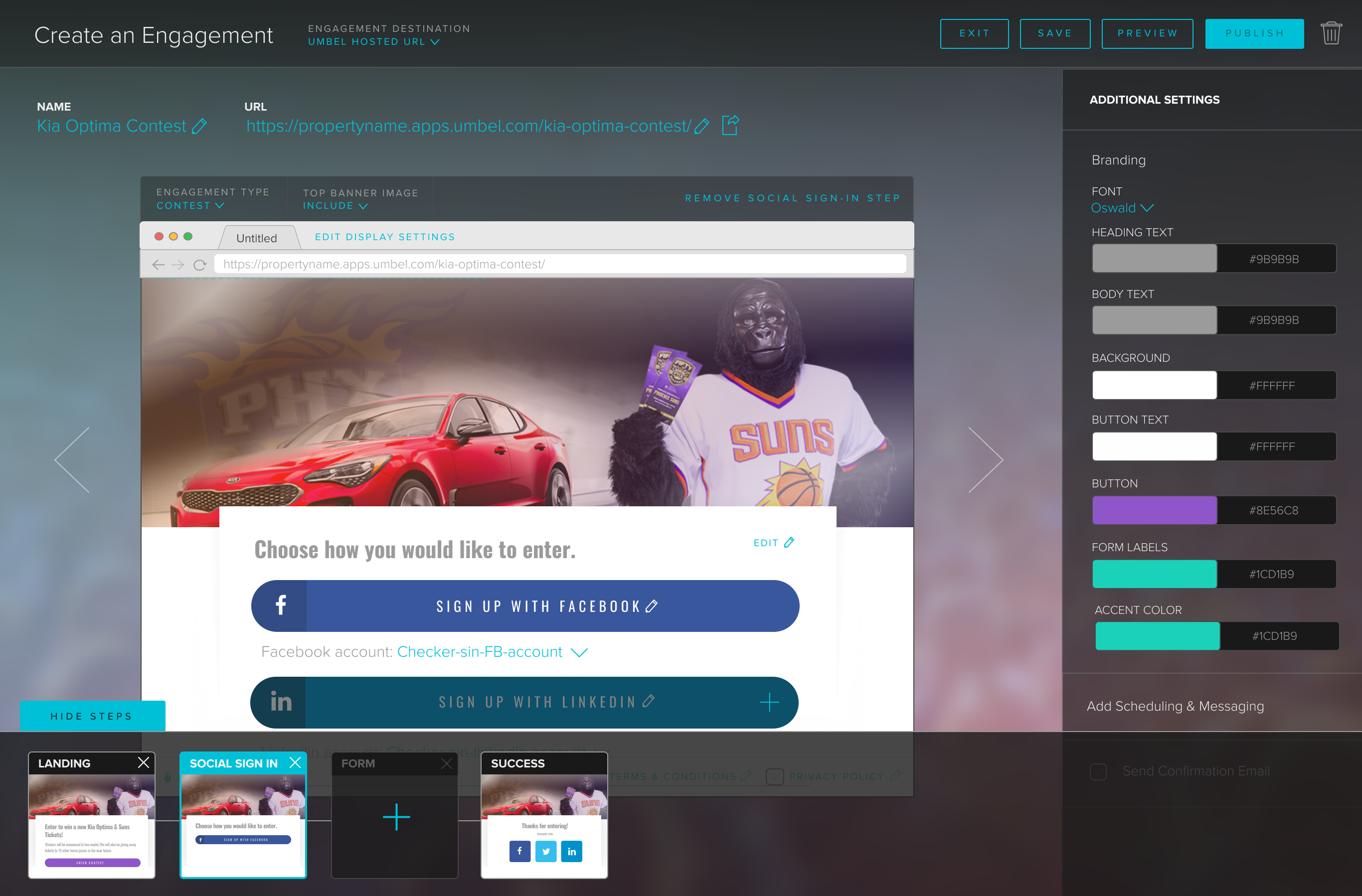 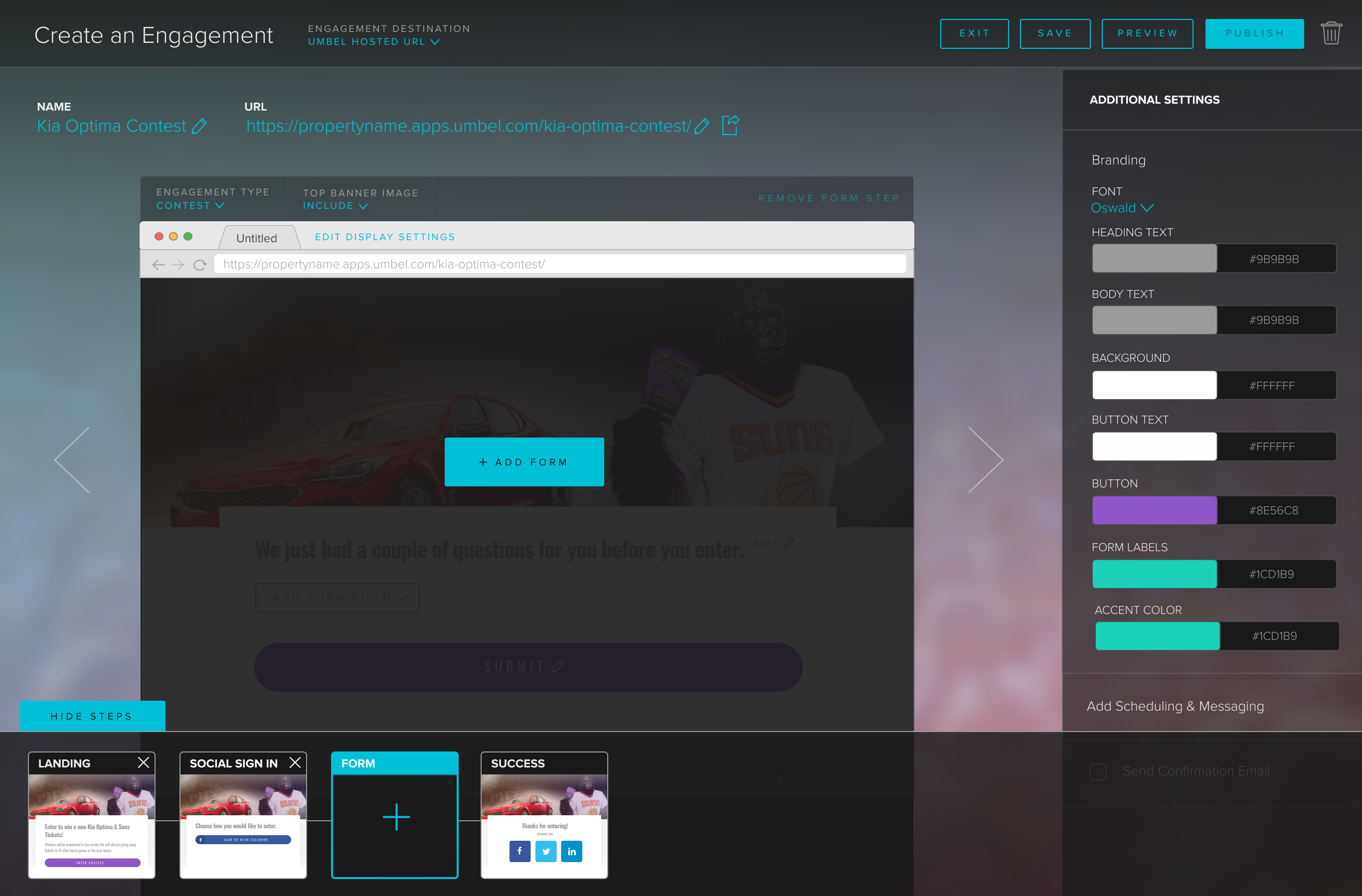 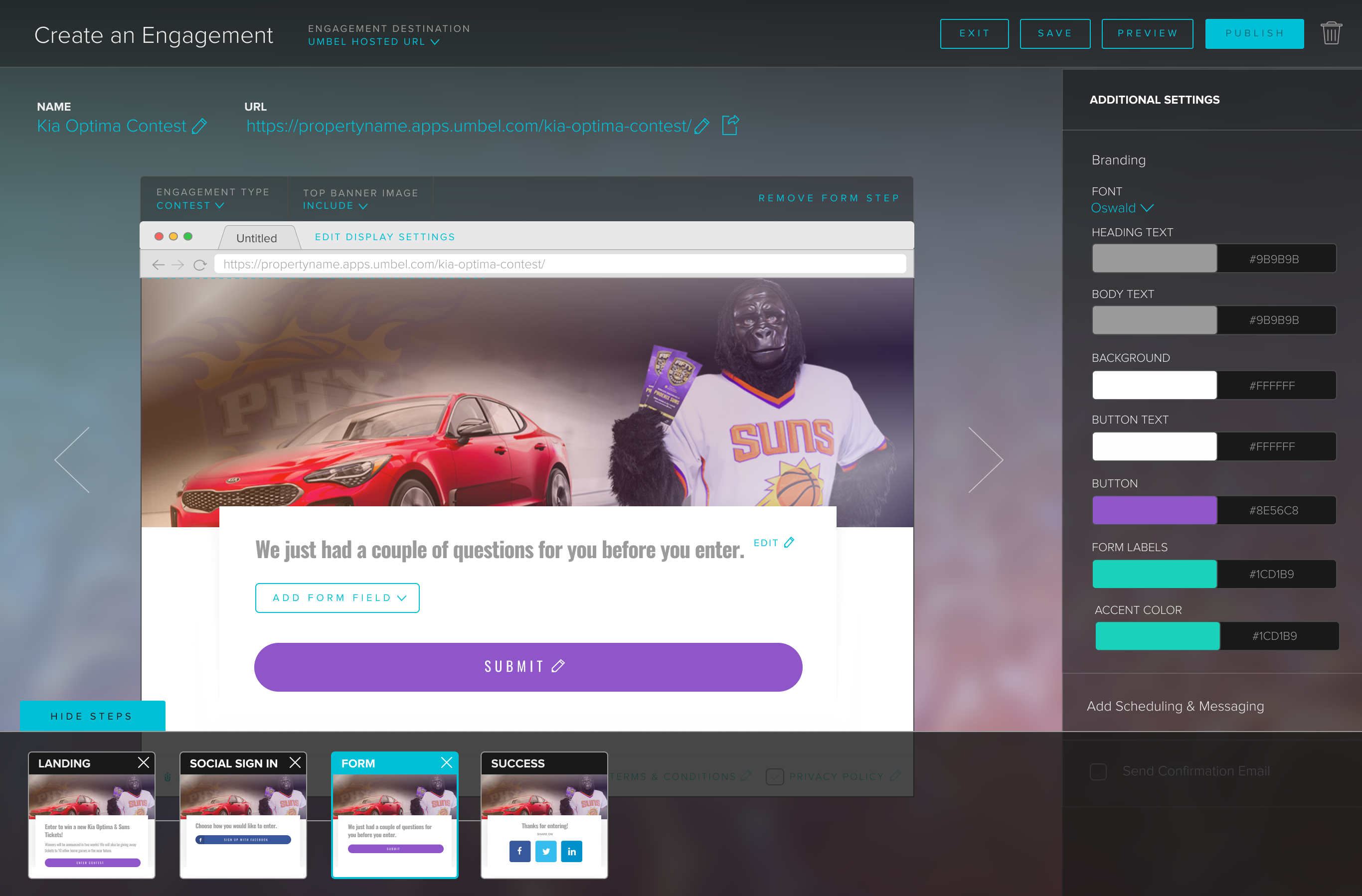 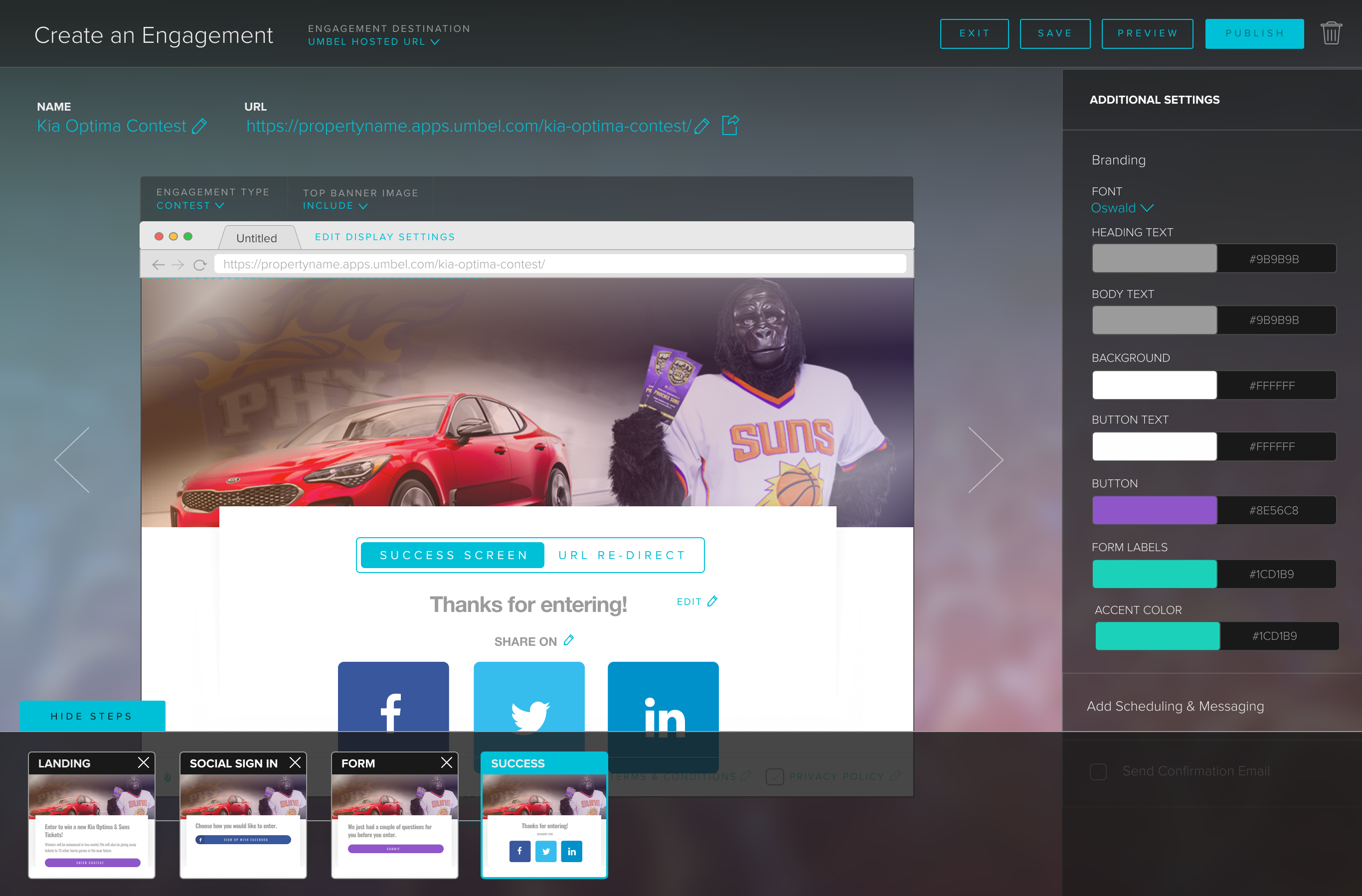 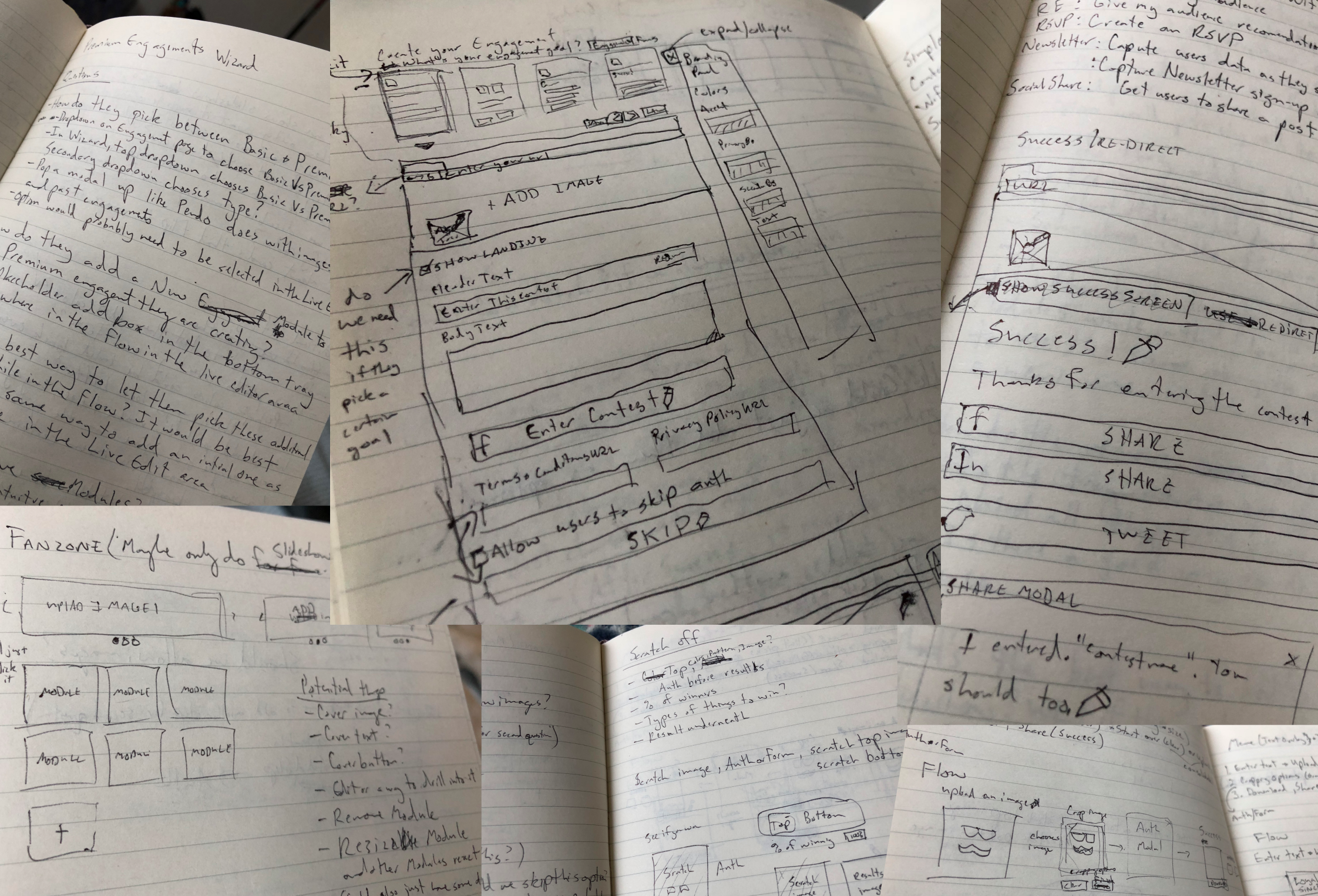